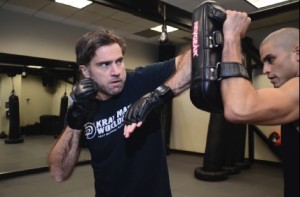 “When you’re representing a business executive who is facing financial ruin through litigation, and he tells you, literally, that you saved his life, that makes you feel like you’ve made a difference,” Spillane Trial Group’s Jay Spillane recently told the Los Angeles Daily Journal, which featured the firm on January 18, 2013.  Jay was referring to his representation of Ken Kilroy, former president of the Marvin Davis Cos., who after the death of billionaire Marvin Davis, was not only sued by one of his children for hundreds of millions of dollars but also denied his severance. Jay not only convinced his litigation opponent, represented by the David Boies firm, that they would lose their case against Kilroy and pay his legal fees, but also secured Kilroy’s severance in negotiations with the Davis family.

That case is an example of the type of “bet-the-company” lawsuits the Spillane Trial Group relishes, say Jay, who has already tried three cases in 2013 alone.  Whether it is representing individuals, families or small businesses in “lifesaving” cases, Jay praises his flexible small firm environment and the experienced trial lawyers – Cathrynne Dale, Wendy Wang, Steven Workman and Julia Ross – who work with him seeking justice for their clients.

Jay also credits the discipline he practices through the Krav Maga self-defense system – which emphasizes, “simple, direct and effective” combat techniques — for keeping him sharp, succinct and prepared for all aspects of litigation. “If a judge is reading my paper at 7 p.m. on a Sunday evening, I better have his attention by page two,” he said.

Evidence Outside the Box